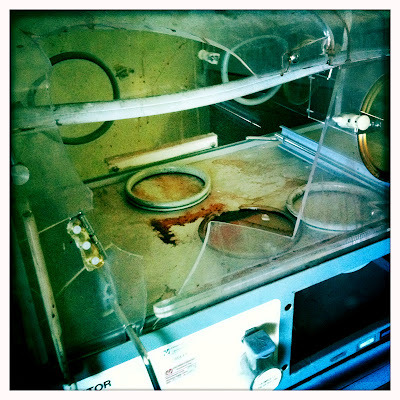 My senses were on high alert after the events in the records vault. now every sound  and shadow appeared to have some paranormal significance. of course, i am fully aware of the poisonous ability of the minds eye to manifest what one wants to see in cases like this. in fact, i found it interesting to experience this phenomena with that in an open mind. 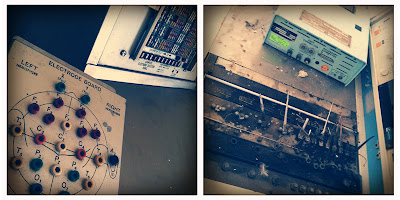 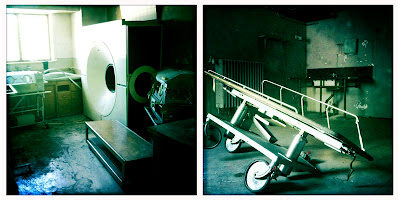 In the surgery room, I glimpsed a face in the reflection of a cabinet window. in the morgue, i became cold and agitated. in the chapel, i heard a cacophony of otherworldly footsteps reverberating off the high ceiling and the ornate walls and the unforgiving wooden pews. only when something could not be denied, did believe it as truth... 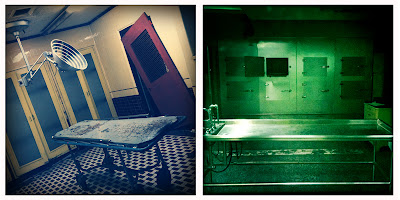 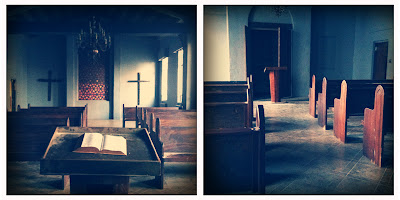 The subbasement of the hospital revealed an enormous boiler room complete with two furnaces. upon closer inspection of the aged ash, obvious bone fragments could be seen. when i reached ou to touch these remains i heard a resonant scream - as clear as day - only not in the outside world, but rather it rolled up from some distant shore and crashed into my grey matter. i more than heard the scream - i felt it. 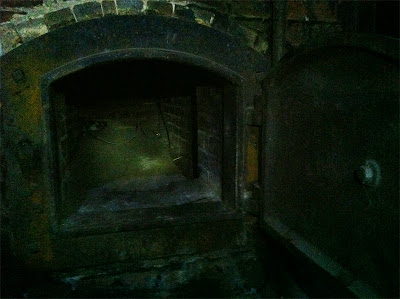 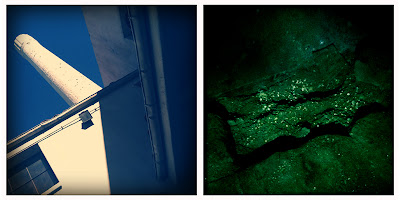 Later that night, while investigating the hospital with a team of paranormal researchers, we mistakenly entered a wing of the building which was otherwise locked and off limits to everyone at all times. it is easy to lose your way in a labyrinth of complete darkness, but in this forbidden place i knew instantly we had made a wrong turn. the air suddenly got very oppressively heavy and the temperature rose by 20 degrees. 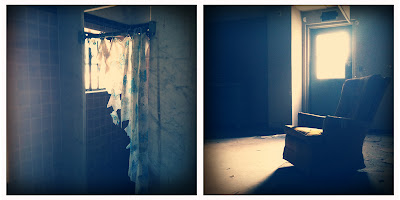 Then, there was the darkness. never before have i experienced this: a darkness so complete - darker than black and deeper than the void. the shift in the atmosphere had a presence all it’s own and it surrounded us like a fog of total loss and unparalleled abyss. i was scared... terrified, even. my small headlamp was helpless against the overwhelming pitch and i began to panic.
The others began to feel it as well, but could not quantify or articulate it. their research was single-minded, therefore blinding them from the tenebrous forest. i, on the other hand, was tapped into the very nightmares of Linda Vista Hospital - and they whispered to me of their Hell. 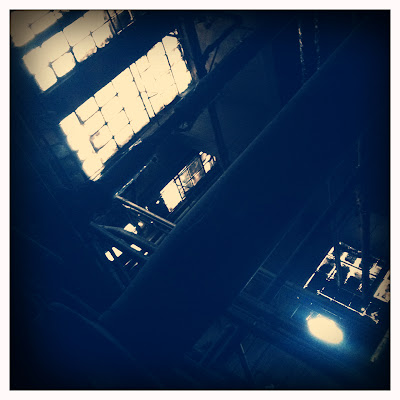 Feigning technical difficulties, i urged a hasty retreat back to the main corridors of the hospital. as much as i wanted to be fearless - as desperately as i wanted to make meaningful contact - i just couldn’t let myself go. not at that time. not in that place. 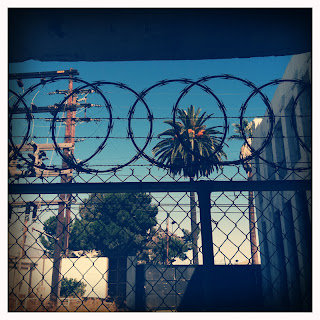 Older Post Home
Subscribe to: Post Comments (Atom)
This journal documents my experience inside some of the country’s most notoriously haunted locations while filming a new paranormal-based reality series.